Start with a conversation focused on emotions & empathy

Suzy, the 25-year-old mom of 3-year-old Moira, suddenly finds herself living with her own parents after she lost her job due to a COVID-related closure. As the fall approaches, the family reckons with the decision of whether to send Moira to in-person preschool. For Suzy, the answer is clear — her daughter needs socialization, and Suzy imagines a terrible domino effect of negative consequences stemming from Moira missing out on this essential year of school. Moreover, Suzy worries about her own development. She feels like a child again, off-track and unable to get a job and gain independence while Moira is out of school. Suzy’s parents, meanwhile, are deeply concerned with their own safety, and are taken aback that their daughter would prioritize a year of preschool over their own health and wellbeing, particularly after they opened their home to Suzy and Moira in a time of need. Any time the group attempts to problem solve, tempers flare and everyone retreats to their respective corners.

To understand what families are facing, and how to best work through it, it helps to understand the process of emerging adulthood. Emerging adulthood, the developmental stage lasting from about age 20 to 30, is all about developing an adult identity. It is a time of great discovery and growth, but simultaneously a period of potential insecurity, anxiety and of feeling stuck between adolescence and full-fledged adulthood. All of those potential negatives can be magnified for emerging adults who suddenly find themselves living at home, feeling off-track and dependent at a stage of life when progress and independence feel crucial. This raises the stakes in family conflict.

Further, emerging adulthood involves balancing individuation and connection. Individuation is all about developing the “me” part of an adult identity — learning what I love, how I love, who I am. Connection is all about developing the “we” part of an adult identity – learning what it means to relate to others as an adult member of a family, a group of friends or coworkers, or a romantic partnership. The balance between individuation and connection can be tough for families under normal circumstances — emerging adults often feel the need to temporarily push away from their families to prioritize their own growth and development. This can create a tug-of-war between needs of me and we in the family.

Under current conditions, however, issues of personal preference have become matters of personal safety, again upping the literal and emotional stakes. This is not to say that emerging adults are acting selfishly or that parents are always considering the needs of the group — rather it is to say that families have a hard enough time balancing me and we in emerging adulthood without feeling like there are life-or-death consequences to those decisions.

A final reason why COVID makes family decision making so difficult is that it highlights valid, fundamental values differences that exist between generations. Put simply, parents and emerging adult children may prioritize different things, may have different levels of risk tolerance, or may assess the reality of the current situation somewhat differently. Such differences carry great emotional weight and are not easily changed.

So what is a family to do?

The simplest and most straightforward answer would be to defer to the family member who is most conservative about health and safety. If this is an acceptable compromise, then no further conversation is necessary. However, as in the case of Suzy’s family, discussed above, this strategy just wouldn’t work. The value differences are too fundamental, the stakes feel too high, and every problem-solving session ends in an explosion of anger.

Suzy and her parents need to start by having a conversation focused solely on emotions and empathy rather than problem solving. The focus must be on “I feel” rather than “I think,” with the goal of allowing each person to feel heard and understood. This may take practice, as it requires each member of the family to manage their own feelings and reactions when listening, and to step into each other’s shoes. But the payoff is big. Such empathic listening helps the speaker work through difficult emotions. Further, by allowing each person to be seen and heard, it frees everyone up to think more deeply about their own positions, about each other’s positions. In addition, people tend to be somewhat more open to accepting a challenge when they actually feel heard, which facilitates problem solving later.

The final benefit of beginning with a conversation focused on emotions and empathy is that it creates a sense of togetherness and connection in the midst of conflict, ultimately allowing family members to feel like a team that is fighting a common problem rather than combatants on either side of a conflict, fighting with each other. It is from that position that the family should try a second conversation, this time focused on problem solving. With emotions somewhat calmed, and the family feeling more like a team, it may be possible for the group to consider unforeseen possibilities, and for people to be more willing to compromise. Note that empathy will not change the big underlying value differences that exist, but it will allow the family to proceed with a solution in spite of these differences. 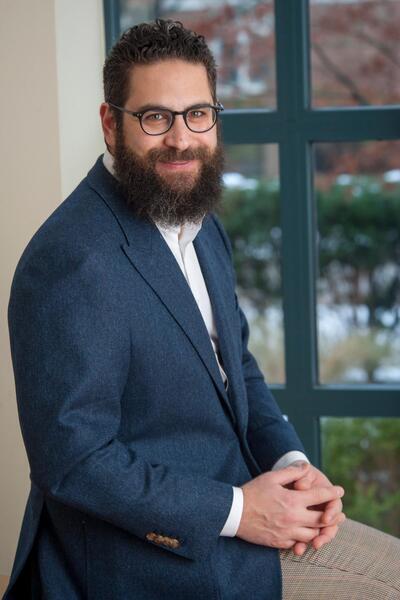 As the clinical director of the Psychotherapy Change Project, Dr. Goldsmith leads a team that creates and studies tools for integrating empirical information into therapy practice.

© 2019 The Family Institute at Northwestern University