Nurturing and Growing Your Partnership after Childbirth

Becoming a Family: Nurturing your Connection in the Transition to Parenthood

Becoming a parent is one of the most profound transitions in life an individual will experience, and for a couple becoming parents together is an extraordinary and life-long journey that bonds them together. So why is it, then, that it is so common for parenthood to decrease relationship satisfaction? Moreover, how can couples buck the trend of the so-called "happiness gap" and stay connected, or even grow closer throughout this journey (Gilbert, 2007)? The key seems to be awareness and understanding of the course and stages of a long-term relationship, and realistic expectations of parenthood as an opportunity to learn about yourself, talk about your feelings, build community and know where and how to ask for help.

Many relationship researchers have explored the ups and downs of long-term romantic love. One such researcher is Susan Campbell, who wrote a book called The Couples Journey (1980), based on interviews with hundreds of couples and the themes she heard in their relationship stories. From these themes, she identified Five Stages of Relationship: Romance, Power Struggle, Stability, Commitment and Co-creation. Each of these stages is part of a bigger purpose — that our life partner will help us heal earlier relationship wounds, and support us to grow and develop to our full potential (Campbell, 1980).

The Romance stage is one in which the couple comes together, but the romance isn't about flowers, chocolate or satin sheets; it's about how, in this stage, the couple is focused on how they are alike. Liking the same things, hating the same things and feeling like we have found our soul mate are all characteristics of this stage, which generally lasts somewhere between six months to two years. After this comes the Power Struggle, where couples now feel safe and comfortable enough with each other to be more themselves and face their differences. However, this is also the stage where differences can feel threatening and we tend to start to see our partner as "the problem," wanting them to change to make us feel better. Due to the timing of relationship evolutions, and the age at which people tend to partner up, most couples will enter parenthood during the Power Struggle stage. So, just as couples are starting to notice their differences more, they embark on a second and parallel journey (i.e. parenthood) which inevitably brings even more changes to the individual identities of both people in the relationship.

The Power Struggle stage can go on for many years, and if couples are not aware that this is a normal stage of a relationship (which most couples are not) they can conclude that their relationship is doomed and in fact, this is the stage during which couples are most likely to end their relationship or divorce. If the couple makes it through this stage, and can use the conflicts that come up to learn more about themselves and each other, then they will enter the Stability stage.

Stability is a marked shift in emotional maturity for both partners. It signifies the awareness, as Susan Campbell says, "that the outer struggle is a mirror of the inner struggle." In other words, we now realize that what our partner does that annoys or frustrates us is the result of an unhealed wound inside of us and we are less blaming of our partner and more willing to explore ways we can heal together.

The last two stages are Commitment and Co-creation — the Commitment stage is interesting because you might think that a couple that has been together for many years and perhaps has started a family together is already committed. But this is referencing a true commitment; now that the couple has been through these other stages, they can truly see each other and themselves versus the earlier commitments made, which are often based on some kind of fantasy about who the other person is and even who we are at the time.

The Co-creation stage is the most fun! Now you've really been on a trek together and you know your way around, so you have the energy and the wisdom to put your unique talents together to make something or create something together. For some couples, this might be embarking on a project of traveling the world together, while for others it might be establishing unique family traditions or throwing an annual party. Whatever it is, this is the stage where couples are able to reap the full benefits of growing together.

So what do new parents need to be able to ride the wave of the Power Struggle and come out together on the other side with a deeper connection and sense of fulfillment and purpose together? Firstly, they need awareness and understanding of what is going on when they start to feel more disconnected and begin to have more conflict. Generally, it's the things outside of a couples' awareness that cause the most distress. In addition to understanding the normal stages of a long-term relationship as described above, new parents also deserve to understand that parenthood brings up vulnerabilities and deeper issues around self-esteem and self-worth.

These are just a sampling of some of the unspoken questions and insecurities that new mothers and fathers are carrying inside. New parents need reassurance that what they and their relationship are going through is normal, and a non-judgmental space with each other and their support network to learn about themselves, their new child and each other.

Second, new parents need recognition. Most new mothers and fathers don't expect that they will need to hear that they are doing a good job as a parent until the baby arrives. Then, all of a sudden, they both feel like they are working so hard and not being appreciated. New research (Taylor, 2011; Pruett, et al, 2009) demonstrates that when parents compliment each other's efforts and affirm each other as parents (i.e. "Our daughter is so lucky to have you as a Dad!") they both derive more pleasure and fulfillment from parenting.

A related, but distinct, need for new parents is empathy for their emotional experiences. Not only do strong emotions come up for parents around their baby's feelings — the cry of a baby can bring up intense emotional pain for new parents — but parents also start to experience things in life in a new way. For example, taking a flight for a work trip may be a thing someone has done many times pre-baby that suddenly feels anxiety provoking. World news and events may suddenly take on new meanings with a baby. The key thing here, in terms of need, is for new parents to honor these new reactions and for partners to do the same and express emotional support and understanding of how the awesome responsibility of a new child can make people more emotional.

Respect and equality between new parents in their relationship is crucial to their adjustment to parenthood. Interestingly, these concepts impact both women and men in different ways. Typically, research shows that regardless of their values and beliefs, in heterosexual couples, once they become parents both men and women tend to move into more "traditional" gender roles (Cowan & Cowan, 1988). The reasons for this are complex, but likely related to our deep and entrenched cultural narratives around what mothers and fathers are "supposed to do" and are "supposed to be good at," and the ways our culture has structured its economy and the workplace. Because of these contexts, it's especially important for women to be listened to and to have influence in their homes as they will have often have lost power in other aspects of life. Most notably, a woman may have given up other roles outside the home (e.g. paid employment) where she felt respected when she became a mother, so having a partner that listens to her and accepts her influence takes on added weight at this time. For men, we live in a culture that says it values the involvement of fathers in parenting, but subtly excludes and pushes men out of active involvement at the same time (e.g. No paid or very limited paid paternity leave). It's incredibly important for fathers to have the space and time with their babies to bond and learn to care for them in their own way, and have their female partners support this process, avoiding things like being his "teacher" or micro-managing his way of playing with, feeding or generally caring for the baby.

Research on the impact of parenthood on same-sex couples is limited, and needs greater attention, but generally finds that same-sex couples need an environment of support in the home from both each other and extended family and friends. This affirms them as parents and buffers the negative effects of discrimination they face outside the home, while facilitating a negotiation inside the home, of sharing in the new duties and tasks of parenthood in a way that respects both partners. Without such a process, same-sex couples face the same decrease in relationship satisfaction that heterosexual couples face after the birth of a child (Farr & Tomello, 2016).

Last but not least, new parents need resources and support for parenting. According to the Australian Centre for Perinatal Excellence (COPE, 2017), 74% of mothers don't reach out for resources or support until they're at the point where they are not coping. Not coping often means some trigger event happens that overwhelms the couple and they begin blaming themselves or each other for the situation. According to the Gottman Institute (2017), couples wait an average of six years of being unhappy before seeking couples counseling. New parents deserve better than this. It's been said that it takes a village to raise a child, but it's also true that it takes a village to raise a family.

There are many "resources" available these days eager to teach parents what they are doing wrong and how they can "do it right," but new parents and couples actually need the type of support that normalizes what they are experiencing and helps them tune-in to and honor the wisdom of these experiences. You'll find a list of these types of resources listed below, not the least of which is The Family Institute's Transition to Parenthood program. Our program is composed of a team of psychotherapists who understand the joys and stresses of new parenthood, and know how to support couples to navigate these together. We can also help new parents improve the relationships with other family members that often become stressed in this transition — for example, the important relationships with grandparents, if managed well, can end up being a huge support for the new family.

To conclude, in the TED Talk, "Let's talk parenting taboos," Rufus Griscom states that parenting is currently like "expecting to land in Paris for a vacation, and landing for a trekking expedition in Nepal instead" (Griscom & Volkman, 2010). Both trips are amazing in their own way, but it's going into one with the expectation of the other that can make the trip you end up on feel like a huge disappointment. If we can start to share authentically about our relationships and parenting, educate people on the stages of long-term relationships and the impact of parenthood on those stages, and most importantly, identify the need for parents to expect support and help with parenting, we can begin to build a true family friendly culture in which parents are empowered to nurture their connection in the transition to parenthood. 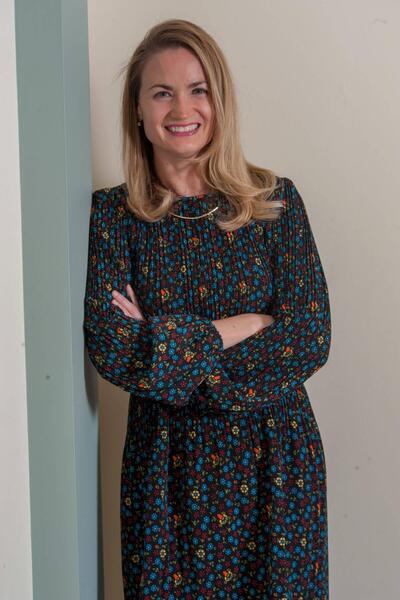 Gottman, J. (2017). The top 7 ways to improve your marriage. The Gottman Relationship Blog. Retrieved from: https://www.gottman.com/blog/the-top-7-ways-to-improve-your-marriage/